After watching the amazing Beeple’s presentation (Which is pure comedy gold, because he’s so humble and unassuming while dropping F bombs left and right) he inspired me to attack “Everydays” projects.

So here’s my stab at it…round 1! I’m gonna start by copying a bunch of mech weaponry someone posted on Deviantart: 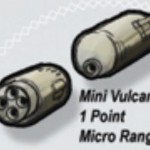 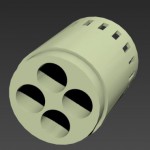 The original (of course!!) is on the left and my stab at one of ’em is on the right.

Where you bust out one project each day. No matter the complexity, just set your goals in definable terms (One project  per week, or three projects per week, whatever!) so you can meet them and to stay on them. What’s a great suggestion he made also to hold you accountable, is to tell your friends and family about it too. Post it on Facebook or wherever and say “Yeah I’m gonna do a project every day. Check it out!” That way when they see you and you’ve sucked and haven’t done anything that’ll guilt you in to “not feeling like a douche”. LOL!! As Beeple says, “I make fucking pictures and shit, I ain’t curing cancer here.” and he comments about his work humbly “Most of which are even more buttshit awful.” although he’s an AMAZING TALENT.