So we’ve got a great framework in place (if I do say so myself!) and it’s pretty neat. I’ve created a bunch of ships, and have them flying to random stars.

But what about territories? You know, you got your group of stars, and you wanna represent to the rest of the galaxy that “Hey! This is MY territory. Woe unto those who transgress into it! I am the mighty Nabzorg Empire and not to be messed with!!”

So the polygonal border, first picture above, is pretty neat how it gets it. It grabs the outermost stars that will form a convex polygon. For a refresher, here’s the difference between convex and concave:

Which works out fine for now, except a few niggling items:

So next I tried the segmented maps popularized(?) by the first Star Trek: Starfleet Command game:

Well heck, this is gonna take more math work. The above is sort of similar to what’s known as a Voronoi mapping, and Delaunnay triangulation. Here’s another more simple view of what we’re after:

Ideally, we’d have our star in the center of the area, colored in with whichever empire owned it. Then the borders would be nice and distinct. EXCEPT I can’t seem to make it run properly (which is why I took so long with this post!) dang it. But its’ like they say, perfection is the enemy of progress or productivity. Besides, hopefully we’re both learning, dear reader. 🙂 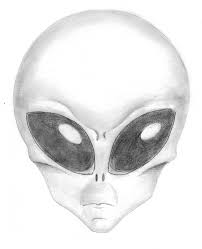